The Vancouver Park Board has been angering some local residents as they contemplated demolishing two community swimming pools – Lord Byng and Templeton. The original plan they created saw these two pools shut down and destroyed, while new, larger pools were built at Britannia and Connaught Park. The idea was to create destination areas that people would go to, larger pools and facilities that would draw more people and provide better service.

However, residents in both neighbourhoods immediately began protesting and started petitions that soon had thousands of signatures. They presented them to the Park Board to show how unwelcome this new decision is. Provincial and Federal politicians from the area also threw their support behind them. 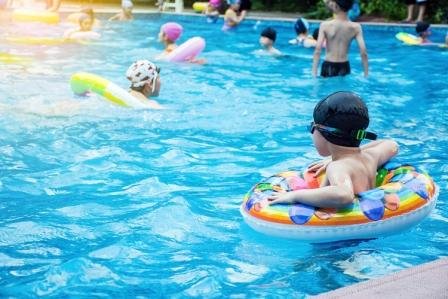 So now the new recommendation, which was presented to the Park Board commissioners on December 11, keeps Templeton and Lord Byng open for now. They are planning a review of the facilities and a study of the impact of the new pools. They also want to talk to the residents and the people most affected by the pools being closed. It’s a good step towards keeping the pools open, but it’s not the solution.

It’s not a promise to keep the pools open – just a delay as they do further research. So residents are worried that this doesn’t actually solve anything but just postpones the decision that they’re fighting against.

Although a community pool may not seem to be the most important thing, for many people, it’s a great chance to get outside, enjoy being with your neighbours, and it’s a perfect place for children to play together. At Art Knapp, we love the idea of living outdoors and spending as much time under the trees and sunshine as possible. We love outdoor pools just as much as the next person.

So if you’re interested in getting outside, come and talk to us about our hot tubs, BBQs, patio furniture, and much, much more.