Are fire pits allowed in Surrey and Vancouver?

Forest fires are spreading across British Columbia, causing people to be evacuated, highways to be closed, and bringing an incalculable amount of damage to both forests and residential areas. A haze has moved across the Lower Mainland and there are places where breathing has become more difficult. The threat of any spark on dry grass is real and one only needs to look around to see how dangerous the threat of fire is.

Many people are wondering if fire pits could be causing some of those fires and whether or not they’re allowed in Surrey and Vancouver. First, the number of fires started by people has been dropping in recent years (most forest fires are caused by lightning), even as fire pits become more prevalent. 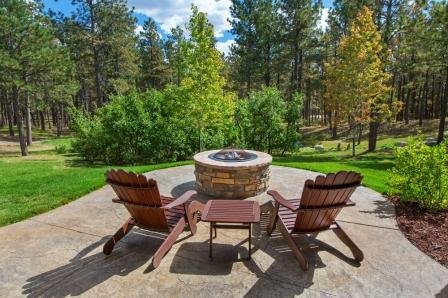 Second, only certain kinds of fire pits are allowed. In order to protect the environment and maintain the safety of Greater Vancouver residents, wood-burning appliances, such as chimneas and fire pits, are not allowed anywhere on private or public property. In fact, you need a permit to burn anything on an appliance where the smoke is not vented through a chimney or stack. They only time you’re allowed to burn wood (or other substance) is in an appliance (such as a barbecue) where it is designed for cooking food. Basically, the only time you’re legally allowed to burn wood is to cook food.

For the best propane and gas fire pits in Surrey, come and see the huge selection we have at Art Knapp Outdoor Living. All our fire pits are safe, durable, and designed to look amazing. We even have a customizable camp fire that allows you to roast marshmallows without having to worry about stray sparks or other fire hazards.