How Can I Help My Tomato Plants Yield More Before the Summer Ends?

in Tips and Tutorials

How Can I Help My Tomato Plants Yield More Before the Summer Ends? 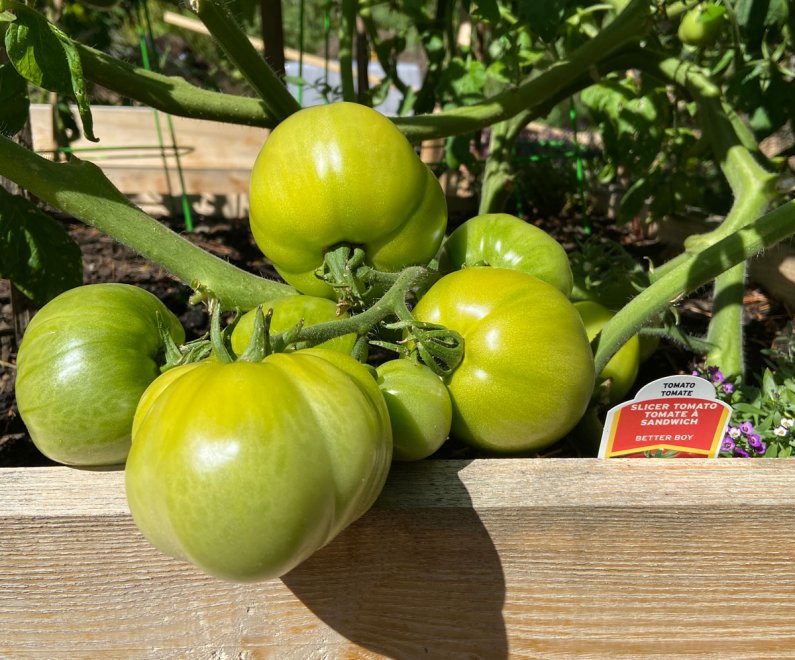 You cannot rush Mother Nature, but there are a few things that you can do to help your tomato plants do the best they can do before the end of the season. Before we get to some suggestions, let’s first look at why and how tomatoes turn red.

What do tomatoes need to mature?

Growing tomatoes is a complex process although most of us don’t think about all the complexities. Tomatoes need approximately 30 days to form a ripe fruit from a tiny bead if the other conditions are met.

For example, temperature is important. Tomatoes ripen best outside when the temperature is between 20C and 24C or between approximately 68F and 75F. Note that the time to maturity and the optimum temperature may vary slightly with the variety of tomato you are growing.

Lycopene is a naturally occurring pigment related to carotene, and lycopene makes tomatoes red. There may be other pigments at play if you are growing unusual varieties. Lycopene is produced within the tomato only between certain temperature ranges (see above). If it’s too cold, your tomatoes won’t turn red on the vine because of lack of lycopene. If it’s too hot (think heat dome) lycopene formation also grinds to a halt. This is why some of our tomatoes in the Vancouver area may be a little late this year—because it was too hot for a while.

Nevertheless, here, below, are a few things you can do to help your tomatoes be the best they can be before the end of the summer. If your tomatoes are indeterminate—or the type that keep producing throughout the season—it’s possible that you could still get red tomatoes into September. But that’s chancy as historical records show us that in September, the average temperature in Vancouver ranges from 12C to 19C. So, you would be gambling if you think that you’re still going to get a big red crop of vine-ripened tomatoes at the end of September.

There are two photos accompanying this article. The first one shows mature green tomatoes, a variety called Better Boy. If you look closely, these tomatoes have a slight yellow blush and smooth shiny skin. They are what is called “mature green.” If you picked them now, they would turn red on a window sill. They might not taste exactly as if they had turned red on the vine, but they would be good. You could also pick them green and cook with them or make relish or salsa. Remember Fried Green Tomatoes at the Whistle Stop Café? 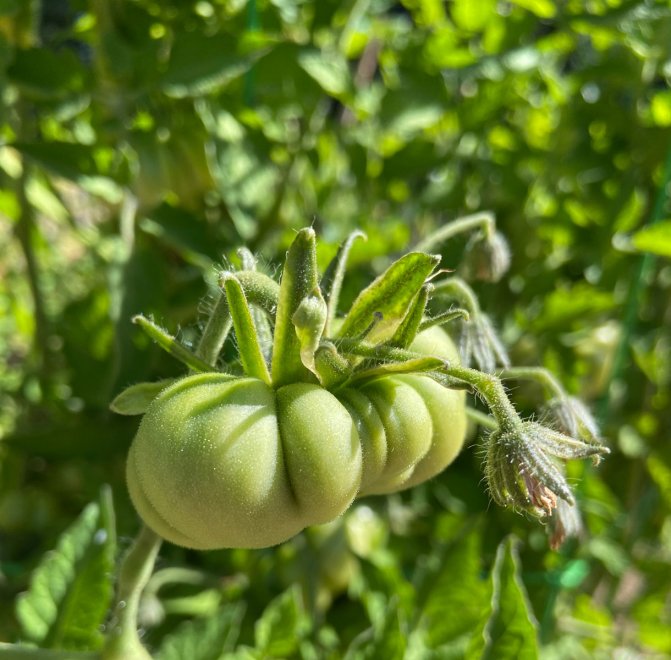 The second photo is an heirloom variety of tomato called Costoluto Genovese with a distinctive lobed shape. This photo is of an immature green tomato that still has a velvet fuzz. This tomato needs more time on the vine to ripen and eat either red or green. Tomatoes at this stage are bitter, and contain tomatine, a toxic alkaloid that keeps everyone from wanting to eat them. As the fruit matures, the tomatine decreases to minute amounts that are not harmful to us in small amounts. These tomatoes are about two weeks behind the Better Boy—and it shows. At the end of the season, mature green tomatoes will ripen indoors. Furry immature green tomatoes belong in the compost pile.

Enjoy your last few weeks of tomatoes and remember that a watched pot never boils! Go look at your tomatoes every morning and you’ll be amazed at the color changes overnight.

Art Knapp has 15 locations across British Columbia and is well known as the go-to garden centre for everything garden-related. Art Knapp, himself, began the business in the 1940's, and now, 80 years later, you can find more than he ever dreamed of in our stores. Come and see us on King George Boulevard in Surrey.